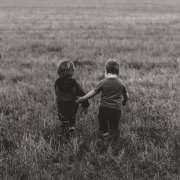 The longing
Growing up in faith, I have always felt something was missing. Today, I know what I longed for was fellowship. Not that I did not belong to several ‘fellowships’; I did. I was president of the Christian fellowship in school (IVCF). We had youth fellowship in church. Later, there would be cell groups, young adult fellowship, and many other interest-based fellowships.

In and through all these groups, I kept seeking for something deep, abiding, fierce, and powerful. I longed for a bond, a loyalty, a common pursuit and destiny. But church and faith activities and groups seems to revolve endlessly around tasks and goals and self-improvement.

The story of the early church intrigued me. I was taught to be careful not to confuse it with communism. But what is Dr Luke describing that we fail to find a real and living model of? The good doctor described it in less than forty five words:

“They devoted themselves to the apostles’ teaching and to the fellowship, to the breaking of bread and to prayer. Everyone was filled with awe, and many wonders and miraculous sign were done by the apostles. All the believers were together and had everything in common.” (Acts 2v42-44)

I read Church History and it pained my heart to see how we fought with each other over creeds and interpretations of truth. Today, we find it hard to read the plain sense of Dr Luke’s words.

Early as a youth, I prayed and sought out soul friends. Routinely I would ask some poor gal if she would like to be my spiritual buddy. The search lasted a long time. I was a leader in church but I was terrifyingly alone and lonely. At one leaders’ gathering, we had a session on friendship. The message was of course about being careful with our choice of friends. But at one point, the speaker said, “…if you needed to call someone at 3am, who would you call”? A fear and sadness cloaked me as I looked around the room and could not be certain of my answer.

Like good sermonising, the question brought on a knowing air where everyone seemed to agree with the speaker. But afterwards when I asked several individuals who they would call, they could not answer me. What was worse was how they seemed not to be bothered by this realisation.

The reflection
Perhaps mine was a pathological condition of sorts. Having grown up in a large family, I suffered from attention deficiency – not getting enough attention from those who mattered most. But as God both heals and works through our brokenness, I began to embrace that perhaps I have a passion for community and fellowship. This is confirmed along the way as I learnt to be a vulnerable leader who in turn helps others to open up their lives and receive from God and others. To this day, this remains one of the most exciting, rewarding, and mysterious parts of my pastoral calling.

Theologically, I begin to understand that this longing and its possible realization is rooted in the Triune God. Mark what Jesus prayed before his climactic hour on earth:
“May they also be in us so that the world may believe that you have sent me. I have given them the glory that you gave me that they may be one as we are one: I in them and you in me.” John 17:21b-23a

Much has been made of how the nervous unsettled disciples became fierce and amazing preachers and rose into their stature as apostles after the filling of the Holy Spirit. According to this prayer and according to the record in Acts, an important dimension of the early church’s growth, strength and resilience is to be found in how they let the Spirit bring about oneness as they humbled themselves and acknowledged their need for each other. The bickering disciples who were wrestling for recognition and status had turned the corner. The wondrous result of such fellowship – indicative of God’s glory – is the attraction, conviction and salvation of those who are watching us.

John Calvin has taught us that knowing God and knowing self are two sides of the same coin. I would like to add that this happens safely and truly only as it develops in a community that is seeking the truth and living in grace. God seeking can and do lead to self-righteousness and pride. Self-knowledge can and do lead to the extremes of unhealthy introspection and personal aggrandizement. It is the community that demands we be honest, true, and sacrificial that prevents this from happening.

This fellowship or community can occur at multiple levels. It happens in marriage. It happens between parents and children. It happens in small groups and interest groups, work groups and even service teams. All it takes is for us to stay long enough so that our persona gives way to our persons.

Or it may not happen.

More likely, we find it does not happen. Some move on to the global beat. Others shy away from such disclosure and knowledge. It is a weight we may not want to bear. Often even though we have belonged to a community for a while, we are not asked to state what it is we truly live for. We do not know each other’s spiritual state. We are uncomfortable with areas of dis-ease in each other’s lives. We don’t want to be the ‘bad guy’, the ‘fall guy’, the ‘tough guy’.

We all want to be nice and decent.

The 3Cs of a Fellowship-Community
What does it take? How can we foster and forge such relating in a world that celebrates change, movement and new-ness?

I want to recommend that we pursue 3 Cs: courage, consciousness and conscientious.

Courage
Community requires risk-taking; the courage of shedding one’s mask and accepting the faces that emerge from other masks let down. Most of us struggle to really like ourselves and often nit-pick on others. Courage is refusing this habit any soil to grow further.

Courage needs an energizing source. Christian courage is rooted ultimately in God’s covenanted love for us as individuals and as a people. There is simply no other source of power to allow us to face rejection, misunderstanding, even humiliation, except to be plugged in to receive a regular dose of God’s unlimited love. Is this why Jesus’ final command to his disciples – to love one another – is weaved into that famous text about abiding in Him? We can only love ourselves and love our brethren (and others) if it is God’s love that flows into and out of us. Nothing else can suffice. Not good intentions, plans, experience or feelings. Indeed as a pastor I know first hand how these other things can turn one way or another quickly enough. It is when we recognize and remind ourselves of our inability to love, our lack of courage and honesty, our tendency to run and hide – and graciously help each other to receive and then give – that the breakthrough to agape community happens.

Conscious
Community requires we be conscious of its presence and it absence. If we are frivolous and callous about it, we can be sure its foundations are weak. Yes, of course we can differ and diverge and go separate ways. That sometimes needs to happen as we seek to obey God and follow our convictions. But I have learnt that there is a healthy way to do so and a totally unchristian way to go about it. Scripture is honest about the reality of conflict but it prescribes that we manage it so that the community is not broken except in the case where the person(s) persistence fractures the community and they must then be disciplined.

Being conscious begins with an awareness of self. We need to be honest about our fears of community, our pains, and our expectations. We need to allow that we have blind spots and have biases. Awareness of our own brokenness and limitations will tenderize us to others and humble us to be ready and willing to receive.

Conscientious
Most of us allow work to overtake us that family and community often suffer. It takes conscientiousness to build community. Relationships can either strengthen and deepen through tough times or give way. The latter is a result of weak foundations due to a lack of consistent sowing. I admit there are many times I want to skip church, small group, even hide from all and sundry. There are times for such retreat; but there are times to overcome our feelings and fatigue and soldier on; to keep at it beyond feeling and convenience.

What is at stake?
There are many groups and gatherings of humans all around us today. It’s on the net, it’s in the coffee shops, it’s in clubs of all kinds. What distinguishes the Christian gathering that makes her so essential and so powerful?

Firstly Christians need community. It is the seedbed of our nourishment, equipping and discernment. How often my heart aches as I see people run headlong into decisions and regret them later because they took the ‘rugged individual’ approach to life. We ought to be there to offer wisdom to each other.
It is also the place of our safety and victory. We are called to battle together against the enemy, to watch each other’s backs, to hold each other up and bear those burdens for one another. We cannot deny the fact that we are a part of a cosmic war God has planned to win. He has drafted us in to join the action and given us the weapons for it: his authority, our armour and each other.

Secondly, the world needs the Christian community. Our witness and our community are inextricably linked. I submit that a church which majors on attractive teaching but does not foster community runs the danger of becoming anaemic and endangered one day. On the other hand, it took a small community after the Resurrection to turn the world upside down.
The church is meant to showcase God glory – His oneness in us being an important aspect of it. In a world torn apart by conflict and violence; fragmented by designs and desires; the Christian community is a living audio-visual roadshow of what life can be and what each of us can become.

Finally, humans made in God’s image are meant to live in community. Dallas Willard says, “The souls of human beings are left to shrivel and die on the plains of life because they are not introduced into the environment for which they were made.” (as quoted in John Elderedge’s The Journey of Desire)

It’s time we rediscover the necessity, beauty and power of community rooted in Christ. It’s time we reconnect with our longings and reach out to one another. It’s time we redeem what we have allowed to go to rot because we have been distracted, disbelieving and dysfunctional.

Get back to a daily connection with God in His Word and let the Spirit touch the deepest parts of our lives. Let Him heal us and free us to be loved and to love. Let Him fill us with courage bright to fight for life and embrace death, to live for the Impregnable Kingdom while suffering the losses of yet living in a foreign land. Take courage, awake, and persevere.

“Revivals have always been undergirded by prayer, swelling into a crest of awakening to the full and final authority of God’s word and crashing in waves of obedience marked by marked by mutual confession, repentance before God and radical outreach.”

“Jesus is no James Bond. The latter needs no one, the former could not stop bragging about his relationship with his dad and loves hanging out with his buddies.”

Photo by Kevin Gent on Unsplash