My 12-year-old son was playing games online recently, and his 18-year-old sister remarked, “I’ve never seen that before!”

While avidly on the smartphone herself, within that 6-year gap between them, games and online services have changed significantly. Where online engagements are concerned, nearly a generation has evolved from the time my daughter was introduced to it to when my son similarly was!

The unprecedented rate of change in society is leaving the church behind in its wake.

I believe the social and entertainment platforms go through a generation of evolution almost once every 8-12 years. Revolutions that occur in a country are known within hours, spread through social media. An unpleasant incident on the roads is put on online platforms that very evening, garnering opinions in the hundreds within a few hours. This is a testament to the environment facilitating increased rates of change in all areas of society.

I knew a young pastor in his 20s who lamented that he already found the teens he is currently shepherding to be so different from his own upbringing. His generation was told to just follow and “go with the flow and you will learn along the way”, while the youths now are much more critical, wanting to know the “why and how” before they embarked on anything!

Differences in just 10 years result in a generation of completely different mindsets!

The unprecedented rate of change in society is leaving the church behind in its wake.

The church, invested in helping the needy, encouraging long-term life-change issues, working with busy volunteers, has not been positioned nor resourced well to respond to new people-needs and challenges that come with the rapid change.

Here are some of my reflections regarding social changes and their implications for the church, which still need to be addressed today:

This is just a partial list of social changes and implications which I wrote 5 years back, which I believe is already dated!

Furthermore, many of the changes are tied to the upbringing, education and opportunities of growing up in this new generation;

Those above 40 today may not fully understand and identify with these examples of exposure. It simply was not their social nor educational norm. Consequently, most leaders above 40 may find it difficult to build church ministries that embody the above needs at its core.

This is also a natural thing as I believe God raises people with appropriate experience and wiring for their own generation, as He did for David. David was called to establish Israel as a nation, but not to build a Worship-Centre for God.

For David, after he had served God’s purpose in his own generation, died, was buried with his ancestors… (Acts 13:36, NET)

I believe that the best person to lead a church into relevance for a generation is a leader from that very generation who is committed to make an impact for Christ for his/her generation!

What then can the church do to stay relevant and impactful for every generation?

There are no quick-fixes nor easy answers to this generation-spanning question, but rather it requires investments in certain directions.

1. For everyone: Hold to the belief that there are good things in every generation that must be embraced and embedded in a healthy church.

In meeting a group of young leaders, I heard a common mantra repeated: “the gospel must not change, but its forms must always change to be relevant. There are things that should be retained as a core principle, though expressions and new forms must be developed to be relevant.

As Jesus taught new and radical ideas of the Kingdom of Heaven, he said to his disciples,
“That is why every scribe who has become a disciple of the kingdom of heaven is like a home owner. He brings new and old things out of his treasure chest.” (Matthew 13:52, GWT)

2. For the older leaders: recruit, invest in and disciple younger leaders who have passion to shape church to engage their generation. (This is more than a cliché…)

The top-most leaders of the church need to look for promising people with passion 15 to 20 years younger, begin to disciple them and invest in them. I know this is so commonly said that it’s almost a cliché, but it’s easier said than done. There are a few challenges that need to be surmounted in order to do this, but if it’s not done, the church may not have a future!

Some initiatives to embark upon, and challenges to navigate:

3. For the younger leaders: rise to fulfil God’s purpose and honour the spiritual fathers and mothers in the house

My word to younger and upcoming leaders is two-fold:

So, how can a church be relevant to our world today? The answer is already in our hands!

We need to steward the passion of the young, guiding with the wisdom of the old. More than just a cliché, we need to make investments of heart in these directions: drawing out those who are passionate and healthy, structure new governance, persuading the older generation—leaning consistently in these directions over time to raise an integrated and passionate new generation of leaders.

Spanning the generations, we can build a church focused on today, yet founded on the time-tested, a church that is relevant to the landscape, built by Jesus Christ that the gates of hell will not prevail against!

Photo by Louis Moncouyoux on Unsplash 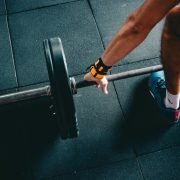 How Strong is the ‘Evangelism Muscle’ of your Church? 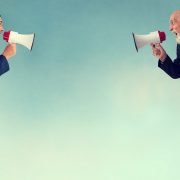 Chapter 5: Do Your Church Leaders Face-off? 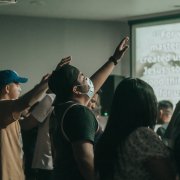 Back to Normal vs. A New Normal 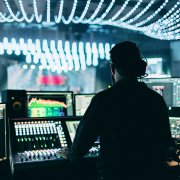 A Healthy Church In The New Normal (Leaders’ Learning-Lab) 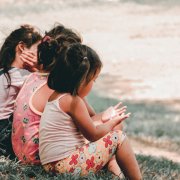 A Renewed Discipleship Challenge in a Post-Pandemic New Normal 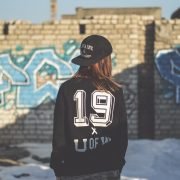 Chapter 4: Are We Still Keeping People Out Of Church? 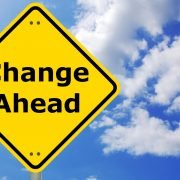 How can a church “change it’s spots”?
0 replies

How Strong is the ‘Evangelism Muscle’ of your Church?

The Marathon of Ministry
Scroll to top